Quimby Country is in the Great North Woods, an area practically untouched by development and sprawl. The wildlife clearly outnumbers the people, even though the critters normally keep a pretty low profile.  Moose, for example, can be the size of a small car, but they somehow manage to blend into the underbrush. They’re particularly hard to see at night; their dark coat make them nearly invisible after sundown and their eyes don’t reflect light like a deer’s. But with patience and the right strategy, viewing wildlife around here can make for an exciting outing. Here are some suggestions for wildlife

Moose Alley, named for the large moose population along its borders, runs along Route 3 from the first Connecticut lake north to Canadian Border. About an hour from Quimby Country.

The best time to see moose is at dusk when they emerge from the cool depths of the woods and bogs to eat roadside vegetation, rich in calcium and salt from winter road clearing.

If you see a moose, stay in your car. And if you drive back in the dark, be especially cautious – these moose can weigh as much as your automobile.  Pay special attention to road signs warning of moose crossing. Those are generally put up where cars and moose have collided in the past.

You can also see moose closer to Quimby Country along Rt. 114 in either direction.  They’ll usually be in muddy patches along the road called moose wallows. Another location popular for moose is Ferdinand on Route 105 between Bloomfield and  Island Pond.

If those locations fail, try the moose viewing platform near the Wenlock Management Area,  There is also a platform at the junction of Route 105 and Notch Pond Road in Brunswick. At both places, you can get out of your car and watch for moose from a safe distance. 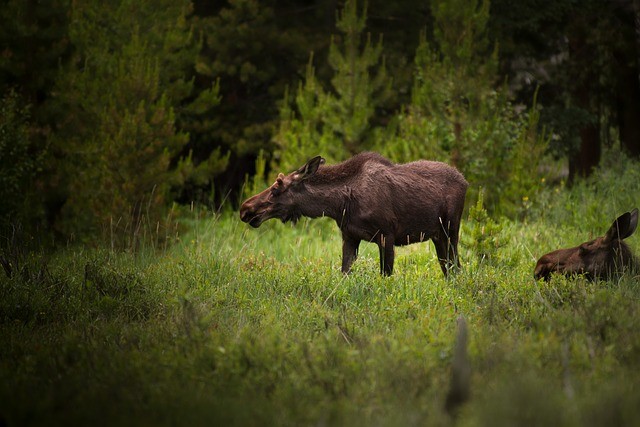 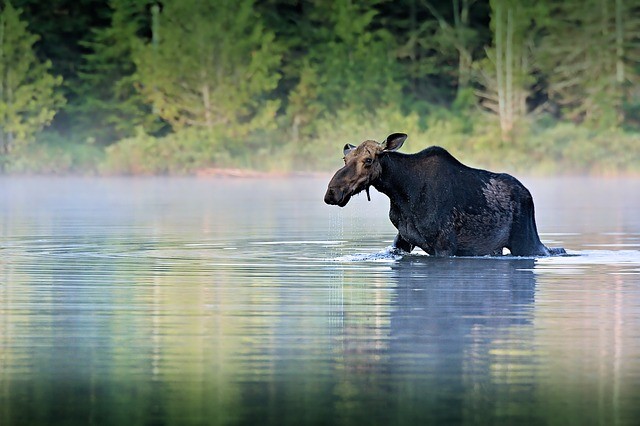 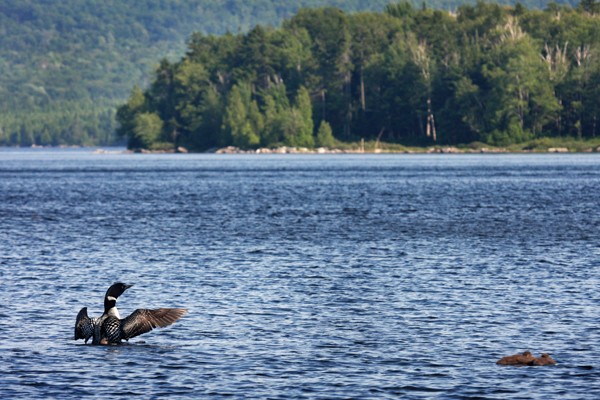 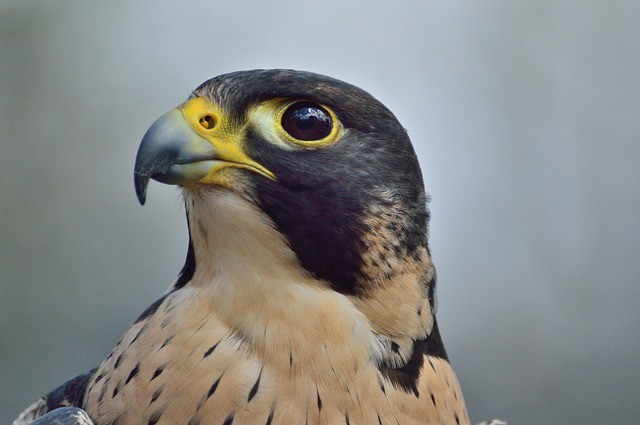 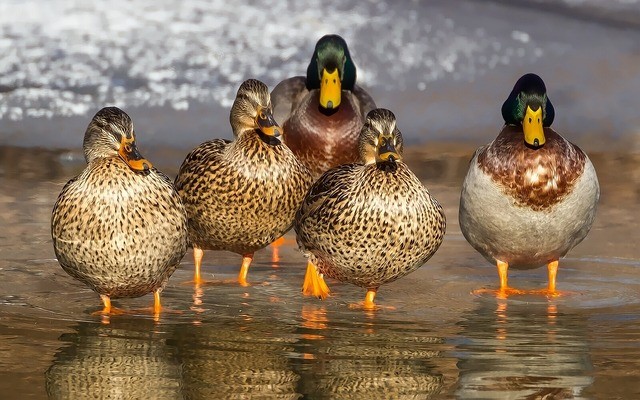 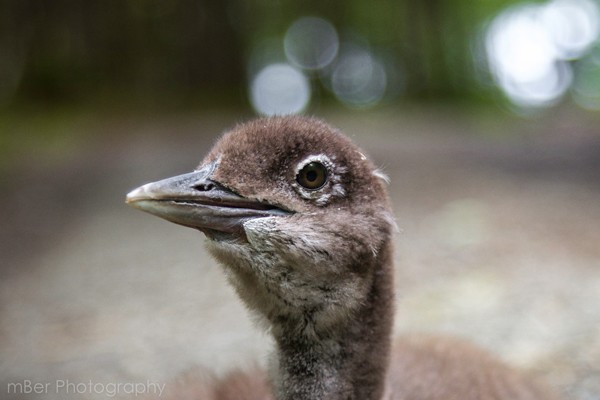 The Common Loon and the endangered Peregrine Falcon are just two of the birds you can see without wandering too far from Quimby Country. Forest Lake is home to two common loons whose call can be heard from your cottage almost every morning and evening.  And Peregrine Falcons nest in the cliff-side of Brousseau Mountain so you will see them soaring over the waters of Big Averill throughout the summer. It’s also not uncommon to see a majestic bald eagle circling in the sky right outside your porch.

Birds Raptors such as the Goshawk, Sharp-shinned, Cooper’s and Broad-winged Hawk frequent the area, along with Great-horned and Barred owl. And Hairy and Downy Woodpeckers, Flycatchers, Thrushes, and a variety of Warblers all breed in our hardwood forests.  Bats used to be quite common, but their numbers seem to have been decimated by a fungus infestation.

But there are also many bird species in the many wildlife refuges within an easy drive of Quimby Country.

The Bill Sladyk Wildlife Management Area, which runs from Norton Pond northwest to the Canadian Border, includes many ponds, streams and beaver impoundments that provide suitable habitat for nesting and migrating waterfowl. The most commonly seen species include Mallards, Black Ducks, Goldeneyes, Ring-neck Ducks, Wood Ducks, and both Common and Hooded Mergansers. Boreal Chickadees may also be seen in the large tracts of spruce-fir forest and Common Loons can be found nesting on Holland Pond in the summer.

The Kingdom Heritage Lands, which stretch across 14 communities in Essex and Caledonia counties. has some of the best forest habitat in Vermont, playing host to some birds you won’t find anywhere else. For example, Vermont’s only population of spruce grouse is concentrated in the Nulhegan Basin. These birds are here year-round and the best time to see them is after the spring nesting season.

A little further away (about 90 minutes from Quimby Country), beaver ponds within the Victory Bog Basin provide feeding grounds for Great Blue Herons and  Bitterns, and nesting habitat for Wood, Black and Mallard ducks, as well as Hooded and Common Mergansers. Woodcock feed in the alder swales and breed in old fields and openings along the Moose River. Forest management activities compliment the natural Ruffed Grouse habitat on the floodplain. Over 130 species have been sighted in the Basin. The Gray Jay, Olive-sided Flycatcher, Cape May Warbler, Black-backed Woodpecker, Rusty Blackbird and White-winged Crossbill are species observed here that are not commonly found in other parts of Vermont.

The forests around Quimby Country are part of the Great North Woods so it’s not surprising that we share them with a variety of animals. White-tailed deer, moose, and black bear are common. Beavers have built dams across one of the streams on the west side of Forest Lake. Porcupines make dens in the crevices of the ridge between Forest and Big Averill lakes. Over the years, we have even seen signs of more elusive carnivores, such as coyotes, bobcats, and fishers.

Remember: these are wild animals. If you run across one, do not approach it and do not attempt to feed it.