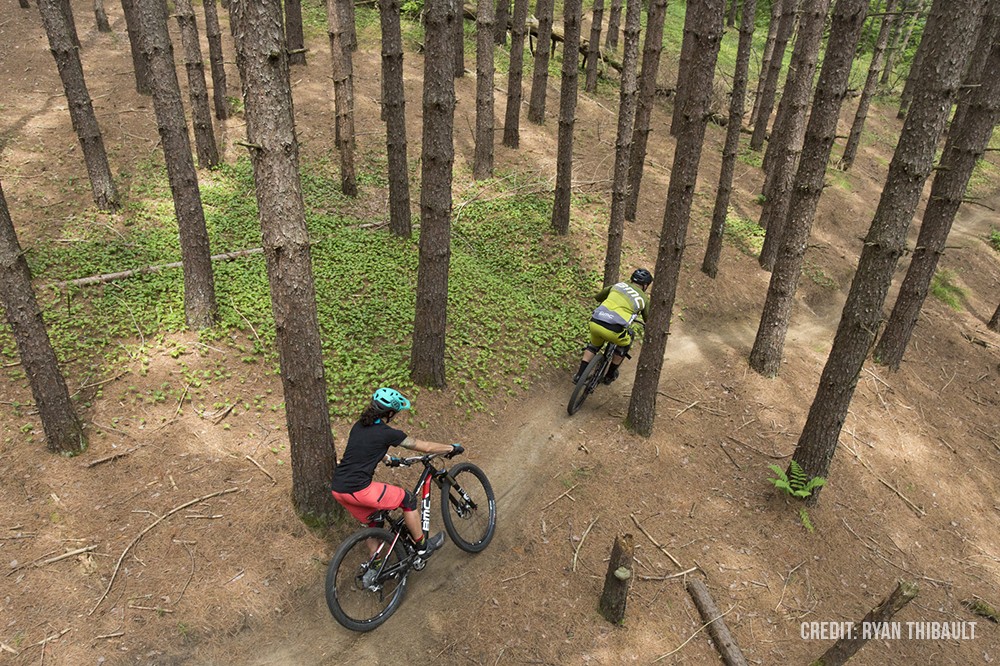 Except for an occasional lumber truck or farm tractor, the paved roads of the Northeast Kingdom are remarkably quiet and free of traffic. But if you’re into mountain biking over rugged and pitched terrain, we can also offer some of the most challenging bike paths around.

According to National Geographic Adventure, East Burke  “isn’t just the best mountain bike destination in New England, it’s one of the best places to ride in the country.” Bike magazine’s readers voted it the best mountain bike trail network in the country. And Dirt Rag magazine called the town “home to the best mountain biking in the U.S.” All thanks to the Kingdom Trails Association that developed and maintains more than 100 miles of bike trails, from easy-going to dare-devil. East Burke is about 50 minutes from Quimby Country. There’s a charge for using the trails — $15 for bikers 16 to 69; $7, for those 8 to 15, children 7 and under, free.

The Mostly Moose cycling route is a 67-mile loop that starts in and returns to Quimby Country. The route is fairly level riding north and south; hilly, east and west. You will pass through villages, along the Connecticut River, and by forests, farms and meadows.  From Quimby Country, take Forest Lake Road to Rt. 114, then go either right or left.  If you turn right, you’ll follow Rt. 114 into Canaan, then turn right onto Rt. 102 South to Bloomfield, where you’ll take Rt. 105 west to Island Pond and get back on Rt. 114 North through Norton and back to where you started. Turn left at the start and you’ll do it all in reverse. There are stores along the way at Wallace Lake, Canaan, Bloomfield, Island Pond, and Norton, not to mention the Lake View store in Averill, right across from Forest Lake Road.

The nearest border crossing is in Norton, just 12 miles from Quimby Country. Don’t forget your passport.  You have a choice of cycling through the Canadian countryside at Park-de-la-gorge Cooticook, or in East Hereford at Circuits Frontiers both within 1/2 hr. away. The trails are purposely built for mountain biking and have a real back-country feel – they’re long, with few intersections and cover great distances.

The trailhead of the Park bike trail is in the camping area of Parc de la Gorge de Coaticook. The Park offers 12 miles of marked trails ranging from beginner to intermediate level, all with magnificent views. Take Route 114 west toward Norton where you will cross the border into Canada. Continue on Route 147 on the other side of the border and pass through the town of Coaticook until you see signs for Parc de la gorge.

Take Route 114 east into Canaan where you will turn left onto Route 253 into Canada. Follow Route 253 five miles until you turn left onto Rue de l’Eglise in East Hereford, Join the Circuit Frontiers behind the church at 42 rue d’Eglise.  The circuit around the town is about 20 miles long, but it’s crisscrossed by other mountain bike trails that could easily double the length of your ride.

Back Roads and Logging Trails

The forests around Quimby Country are crisscrossed with dirt or gravel logging roads suitable for an adventurous mountain biker.  For an easy ride, turn right onto Forest Road when you leave the property.  The road, which used to be called “Smuggler’s Road” goes into Canaan and is intersected by multiple logging roads along the way. There are also many dirt roads off Rt. 114 in either direction that are worth exploring. (Be sure to respect private property.) If you’re willing to drive to the beginning of your excursion, the Northeastern Vermont Development Association has written an excellent guide to Cycling the Kingdom’s Back Roads.

This is the place to go if you need help making repairs to your bike, would like to rent one, or just want advice on trails.  These folks designed the Kingdom Trails network. Call 802-626-3215 or visit their website.

For repairs and rentals closer to Quimby Country, you can’t beat The Spoke ‘n’ Word. Rent a bike for the whole week you’re at Quimby Country for just $20 a day. They will even deliver and pick up the bike. The official hours are Tuesday through Friday from 8:30 am to 5 pm and Saturday, from 10 am to 2 pm. But they’re often available by appointment at other times.  Call 603-237-1613 to check. In an “emergency” situation, call 603-331-1126. In Colebrook, about a half hour from Quimby’s, at 10 Spring Street.  Email: spoke_n_word@bikerider.com. 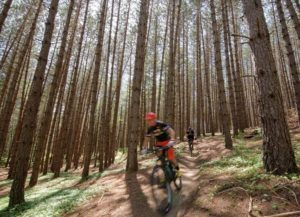 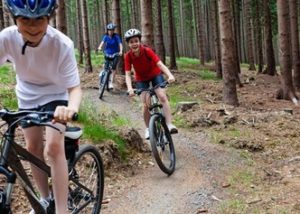 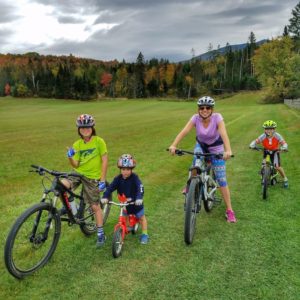