The only thing more overwhelming than the number of incredible fishing locations around Quimby’s is the sheer abundance of world class big and small game hunting available on nearby state and federal lands and privately owned commercial timberland.

Quimby Country can arrange for hunting guides or give suggestion on areas to hunting during your trip. Call 802-822-5533 or email Info@QuimbyCountry.com.

White-tailed Deer: The November rifle season, which allows a hunter to take one legal buck with at least one antler having two or more points, is Vermont’s basic deer season. The state offers archery, youth and muzzleloader seasons. The area around Quimby Country itself is noted for excellent deer hunting, including providing the habitat for the state record B&C Whitetail.

Black Bear: Rising numbers of black bears make them a popular big game species in the state with a long liberal season.

Moose: Vermont offers the hunt of a lifetime for this largest of all North America’s big game animals. The moose hunt is regulated through an annual lottery and a short fall season.  The area around Averill is known as some of the best Moose country in the State.

Wild Turkey: With some of the best wild turkey hunting in the East, you will quickly understand why these wily birds are considered on par with other big game. 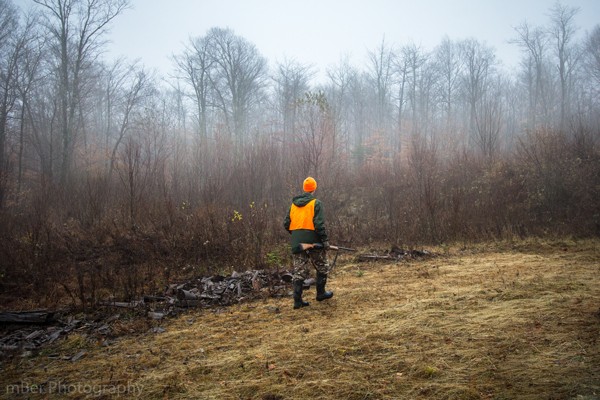